Ready to break through old patterns and obstacles, to re-connect with your wisdom, and create a customized plan for your best year ever?

Then join me for two days to experience a new paradigm shift and leave with a solid plan for the coming year, all based on your uniqueness!

So what is Vision2020 Retreat?

Vision2020 is a gathering of creatives and entrepreneurs seeking self-awareness, inner truth, and clarity so that they can change the world through their unique abilities and businesses.

Imagine being surrounded by passion, inspiration, clarity and gratitude - allowing this energy to flow directly into your business.

Vision2020 is where you align your energy and desires with your experience and vision to create your 2020 Plan.

An unstoppable confidence Build and run your business sourced by powerful know-how and trust in yourself.

Clarity and direction for 2020 Create a plan for the coming year based on a foundation of wisdom from your life experiences.

Activities & conversations for growth Go deeper. Be inspired. Get challenged.

Unique strategies that work for creatives Feel energized, make smart moves for you and your business that leave you feeling ecstatic.

Release the fear holding you back Step outside of your usual reactionary fear-based patterns and experience a new paradigm.

Self-awareness and self-understanding Get real and discover who you truly are, while identifying and releasing the icky stuff too.

DAY ONE: The Enneagram and the Entrepreneur

Whether you call yourself an artist, a business owner, an entrepreneur - or even the uber-boring “self employed”… this is going to be a day of self-awareness and self-understanding as we dive into the patterns, fixations, and areas of breakthrough for success in your business.

As the owner of your business, you are also the core of that business. What this means is that your mindset, your emotions, your energy, your patterns, and your awareness of all these things are - consciously or unconsciously - driving the movement and direction. Yes, you can set the intention. But you also need to manage the power behind that intention on a daily basis.

So this day is devoted to your self-awareness, your truth, and your absolute clarity. We will be doing a deep dive into the patterns that can potentially trap you or ultimately break you through to a clear and authentic level of success and thinking. Using the Enneagram as our backdrop, we will pull in a series of tools and activities and create a clear sense of self-awareness, and ultimately a powerful way to navigate the new year and your plans.

(You will be given some tools and materials to help you prepare for this day.)

After a day of self-understanding we can now see clearly - and we’ll use that clarity to set up your success for the coming year.

We will begin the day with what may be the most popular Uplevel processes. We call it simply The Plan. The Plan is a powerful 360 technique and thinking tool that provides a new level of clarity for decisions, plans, and truth.

We will close out the day with a powerful intention setting session where you will be guided out of the usual superficial left-brain “million bucks!” goals to dive deeper into a new kind of intention setting.

I want the clarity, the connections, the plan, and the crazy fun stuff!

Why am I hosting this unique experiential retreat? 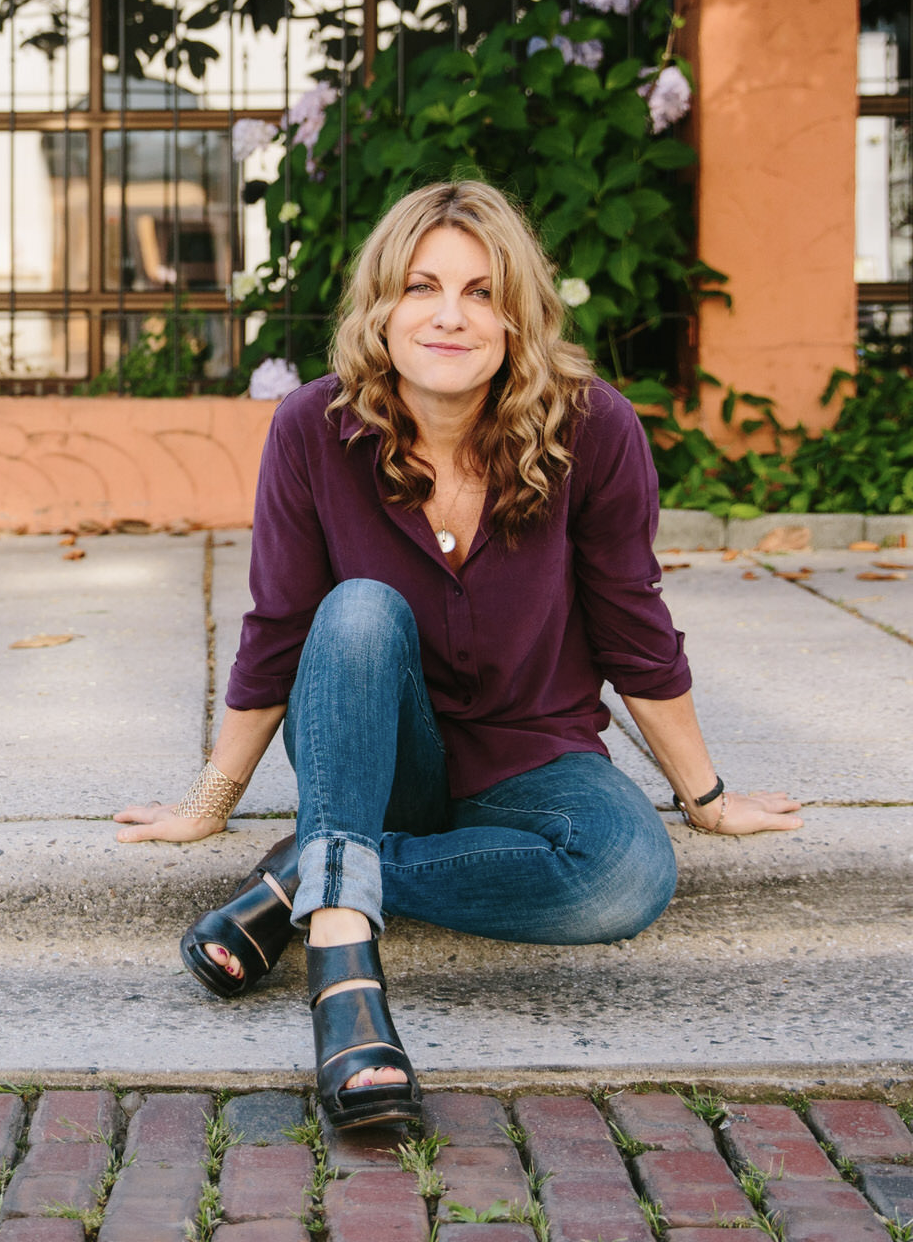 Most people don't know that many, many years ago when I left home to write songs and perform for a living, not a single person in my life believed I could do it.

I packed everything I owned into my Ford Escort and set out to dream a bigger dream, ignoring all the warnings and raised eyebrows from disbelieving friends and even my own family.

Well, within my first year of playing music, I doubled my income from the PR job I got right out of college. (Yes, the very job that I had been so scared to quit.)

A year after that, I was signed by an agent and I was touring the country and performing almost every night. I went on to release seven CD's and an award-winning DVD. I performed with some of the biggest names in the biz -- many who were my absolute idols.

My songs were recorded by a few major label acts, and two dance companies choreographed ballets to my music and took me on the road with them.

Then, I chose to do it all again. To face a whole new round of doubts and fears…

...I left music and began coaching people who wanted to follow their dreams and grow their own businesses, sharing everything I knew to help them overcome all the internal and external obstacles they faced.

The inner work I had already done proved to be key… and I built this business called Uplevel You into a multi-million dollar company with an amazing team to support such a big mission.

Fast forward to now: I've helped thousands of people build six-figure and yes, seven-figure businesses. They've done it on their own terms, being exactly who they are, mastering their energy, clarity, and mindsets.

I'm often stunned when I look back at how scared I used to be, and how small I felt all the time. When I see how exciting and authentic this path has been, I feel so totally blessed that I found the courage to take those first steps towards a different life.

Time and time again, my clients have had massive breakthroughs not only in self-awareness and clarity - but also with income and business building - because of the tools I arm them with.

One of these tools is the enneagram - and the understanding it can bring you in terms of getting out of your own way, recognizing the patterns that continue to arise - even in spite of trying every single self-help plan you've ever read about.

Sue, the visionary entrepreneur behind the National Association of Neonatal Therapist

Step away from the computer and detach from the phone

Put away the distractions. Let’s focus on you, your magnificence, and how you can use that to propel yourself into 2020.

We all get hooked on only the Outside Victories and ignore what I call the Inside Victories. We feel the need to jump on Facebook and share how extraordinary everything is. Instead, what if we pause?

Let’s celebrate and create new Inside Victories. Let’s make space for all the wins that no one sees or even knows about.

These triumphs never receive gold medals, ribbons, or ceremonies because, instead, your whole spirit expands! The Inside Victory stands on its own; the only thing it needs is space so it can propel you forward faster than you could ever imagine.

Get grounded and tap into your true power.

Harness the strength inside you that makes you unafraid of what happens on the outside.

Rely solely on who you are inside.

Create deep and lasting trust in yourself.

Feel so good that your motivation stays sky high.

This is not the usual success guru’s call to “think positive thoughts” and make you feel like shit for not being naturally wired for 24/7 orgasmic happiness. Business has challenges, okay? I don’t want you to collapse, but I also don’t want you to fake it and spend all your energy pretending to be something you’re not.

This is a call into your own power and your self-awareness… which delivers you from fear and grasping and grabbing as yet another avoidance technique.

See you there, Christine

Your path to success and prosperity simply must be authentic and soul-driven, and not measured by anyone else’s definition of success.

Come join us for the Vision2020 Retreat Go deeper. Be inspired. Get challenged. Move further, faster next year. Let’s do it together!